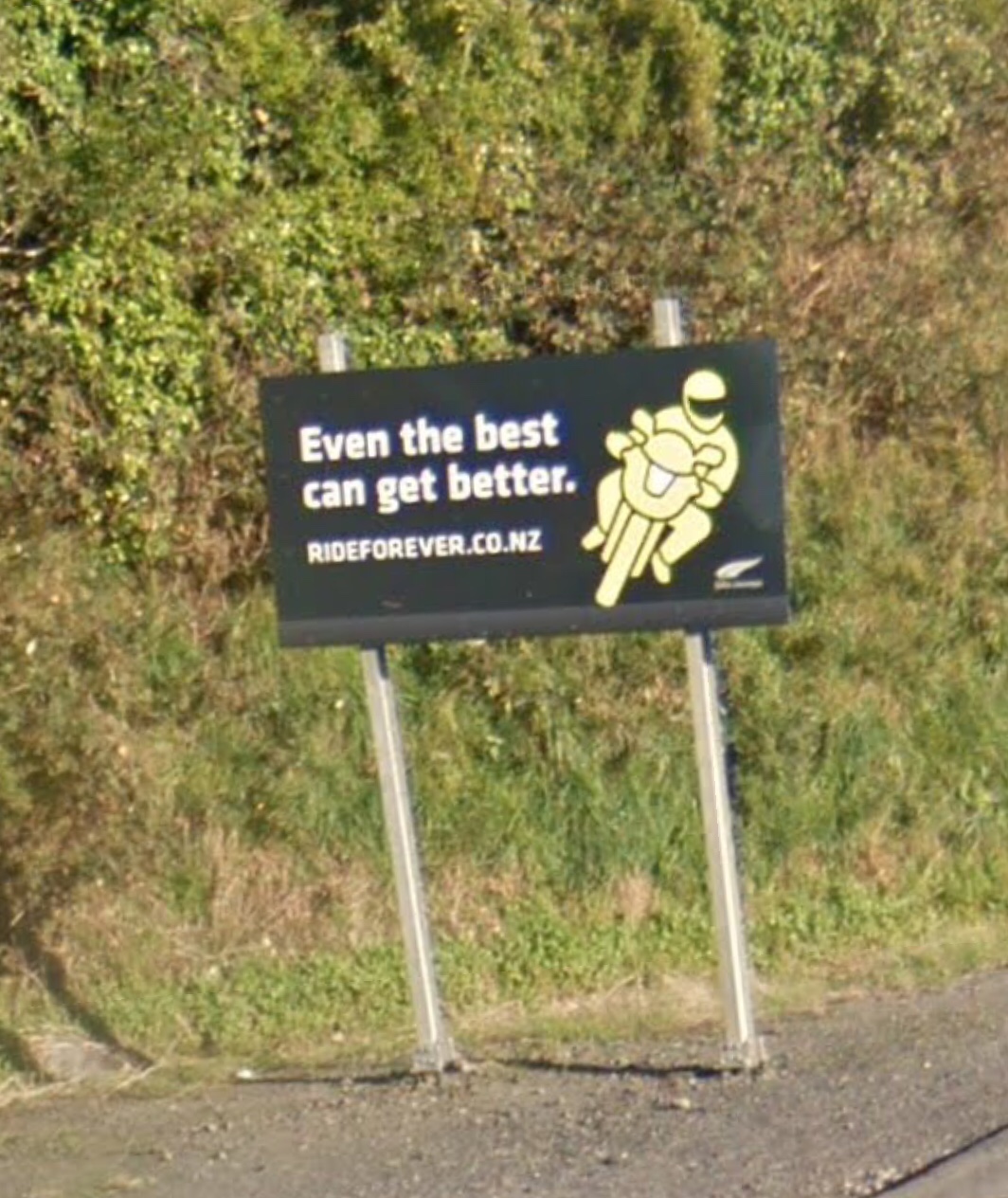 There is a sign on State Highway 2 near where I live in New Zealand aimed at motorcyclists. It says: “Even the best can get better.” Each time I drive past it, it makes me smile, because it speaks to me not as a motorcycle owner, but as an artist and writer, passionate about what I do.

I’ve been reviewing books and short stories lately and some of them have blown me away and others have pulled me up short. I’m not going to say those ones are bad, they’re not, and as a writer myself I know that a) all opinions are subjective and b) writing is hard work. What I do notice is that some of them lack polish, often from a purely grammatical point of view. These are stories with fantastic ideas which have been let down by their execution. It’s easy to mock and pick people apart, but it’s harder to look a little deeper and realise that sometimes these writers have been let down by their own lack of community.

Hey, I make no apologies for believing that everyone does better with a village behind them. It doesn’t matter how good you are, two heads are better than one (“it’s double the pleasure, baby, triple the fun” — so says 80’s rock band Power Tool) and fresh eyes will always spot more mistakes. But it’s more than that; having that support can mean you go further, push harder, fail less. Can you do everything yourself? Sure you can. But why do you want to?

I might be wrong, maybe the writers of those stories shunned help. Maybe they were convinced of their own abilities — and good for them! If you don’t believe in yourself, who will? I just wonder, with a bit of guidance and a little bit of skill sharing, would they have produced something outstanding, rather than just good? To be perfectly honest, I wonder that about my own writing too.

I’m a rookie writer, I hold my hands up to that, and my motivation for writing is likely to be different to many other creatives. My first foray into fiction was a labour of love. A passion project. I learned a lot and I enjoyed every minute of it, but I still look back on some parts and cringe a little. Even in a short time I’ve seen my writing style change and my ability to re-write and edit has got much better, but I also realise that while I had a small village around me when I wrote the stories in “Dark Winds…” I’m in an even better place now. A larger and more varied tool-box, if you like, which I can use and learn from. Sometimes I feel like going back and re-writing it all. Other times I realise that it was a snapshot of where I was at that time in my life.

I have to keep moving as a writer. If I don’t, I believe I will stagnate. I’ve got to be happy with where I’m at but equally keep reaching for the future. Fix what’s wrong and move on. I like receiving (constructive) criticism — how else am I going to learn and improve? I’m equally very mindful of the saying “don’t take criticism from someone you wouldn’t take advice from” and that I can control what’s on the page, but I can’t control how people react to it.

Maybe I’m unusual in that I’ve never felt threatened by anyone else’s success, nor do I use others achievements as a yardstick to measure my own. I’m not made of stone though, and some rejections can be a real kick in the teeth — no one likes being told that their work doesn’t meet the mark, after all — but I merely adopt my best Fantasy Movie Bad Guy Voice (which may or may not sound rather like Skeletor) and think “Foolish mortal! You know not what you’ve lost!” And then I get on with my next submission, or I look for another potential home for my reject.

Rejections are okay. Rejections showed I tried. A rejection does not mean my writing is bad or necessarily lacking, but it might mean I need to try something new or go back and improve things. The best rejection email I received was the one that left me with a feeling of “not now, but soon”. I had totally believed in the story I’d sent. I thought it was one of the best I’d ever written, but then someone else with more experience showed me how I could improve. The sender of the email took time to tell me how I could make it better. How I needed to hit the ground running and build up tension right out of the gate. I went back. I re-read it. They were absolutely right. I learned something.

There’s a caveat to be considered, of course. Writer Neil Gaiman says: “Remember: when people tell you something’s wrong or doesn’t work for them, they are almost always right. When they tell you exactly what they think is wrong and how to fix it, they are almost always wrong.” It’s still YOUR writing and YOUR ideas, don’t let your voice be diluted because someone didn’t like it. I’d much rather read something raw and unique than polished and predictable.

So what am I saying here? I’m saying that while chasing perfection is an impossible task, opening yourself up to new ways of doing things, listening to (and asking for) advice, and being a part of a creative village where you can learn from each other can bring positive things. It’s worth remembering that however good you are at what you do, you’re only working at your best right now. That should always be a flexible state. It really doesn’t matter how good you think you are, even the best can get better. As Gaiman says: “Perfection is like chasing the horizon. Keep moving.”

Me, I like to travel in a convoy. With my village. I’ve no idea where we’re going yet, but the journey is pretty damn fun.

One thought on “Even The Best Can Get Better”