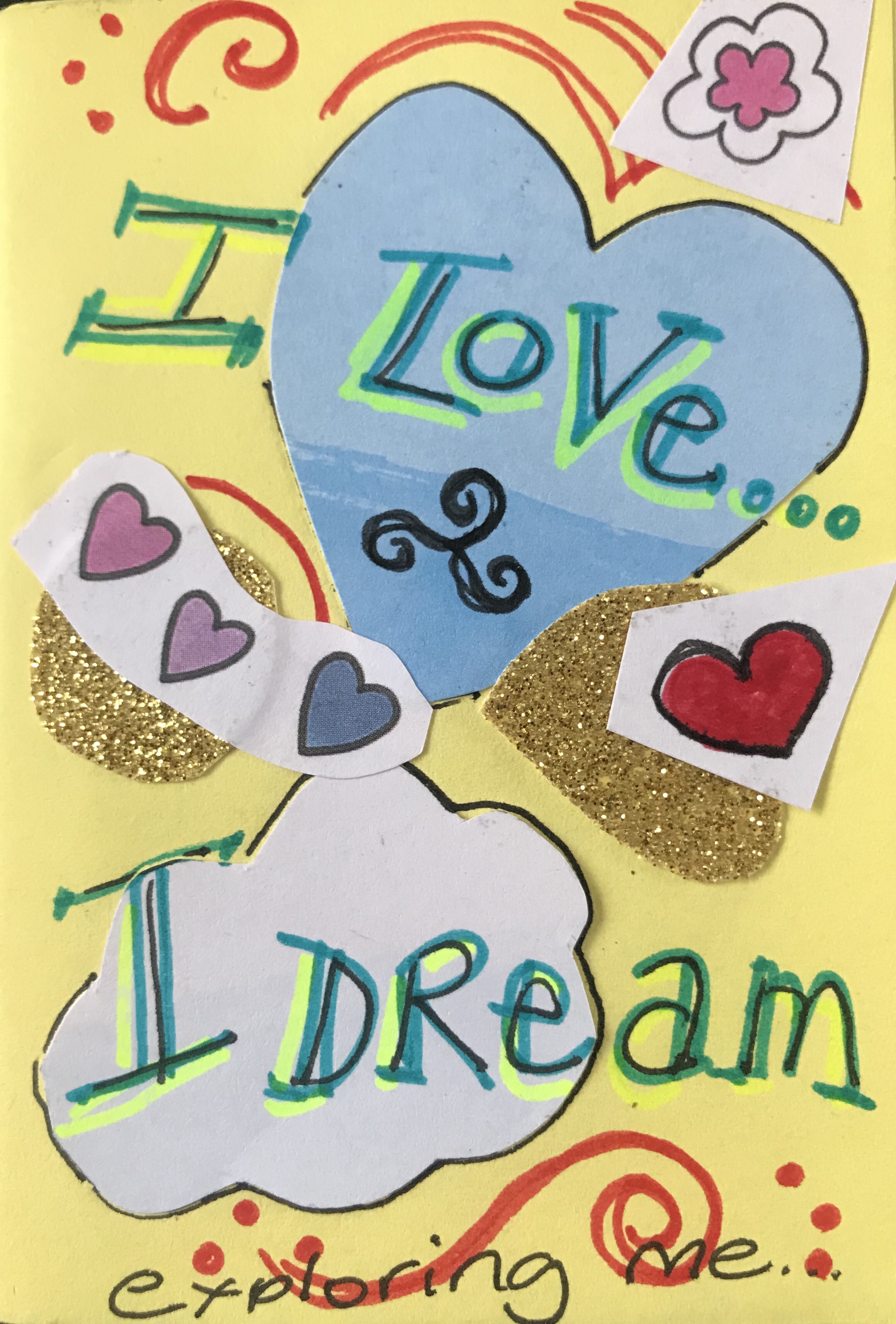 I made my very first zine this weekend. I had absolutely no idea what I was doing, and no plan. I decided that instead of trying to make it nice and pretty, I would use it as a creative brain-dump. So I cut random images from magazines (I didn’t even cut them neatly!); added a few of my own poems and thoughts; and made a visual exploration of what was going around in my head at the time.

I found the process very enlightening and empowering. I began making it with little consideration about any particular message or goal, but the end result was definitely positive, and seems to have a strong, underlying message of growth, moving forwards and expressing myself. I like the fact that it is rough and messy; it says much more about the emotions and creative urgency I was feeling – the need to get my ideas out of my head and into a tangible format. I could definitely revisit it and make it neater and prettier, although I do think that would change the dynamic of the overall piece.

WHAT IS A ZINE?

In short, a zine is something that you make yourself about whatever you want it to be about – even if the content is super weird, or unique to you as a person. Most definitions of zines include the fact that they are small-circulation, self-published, and often inexpensive or free.

The most important aspect of a zine is generally that the publication identifies as one. Many zine-makers will say zines are as much about the community as the product, and that identifying as a zine is what separates these publications from comics, literary journals, websites, and other types of independent publications.

The term “zine” came from the 1920’s and ’30’s when sci-fi fans created zines about themselves and their interests. The culture exploded in the 1970’s when the punk scene emerged and people would create music zines, often with a political undertone or message.

People often make zines about topics or communities that mean a lot to them such as feminism and human rights, however you can make a zine about something you’re a fan of – often referred to as a fan-zine – or a zine thats just about you and your life called a personal Z or /Z for short.

Most zines are made by cutting and pasting pages together, photocopying them and then binding them together into a booklet, typically with staples or thread. However, there are a lot of zines made with unconventional materials, and there are also digital zines.

Artists often create zines to distribute their work, whether they are writers or photographers or illustrators. The options are endless: poetry zines, a photo zine, a comic, a collage zine, a zine of essays, a fanzine dedicated to your favourite band or artist, or a political-manifesto-type zine. Alternatively, you can focus on a topic and go from there.

Basically, there are zero rules here. Zines are primarily about creating and sharing your thoughts and your passion with others. Your zine can look however you want it to. You don’t have to be an artist to create a zine; all you really need is some paper, a pen and an idea.

Zines give you a reason to ask yourself: what do I have to say? Then to give yourself permission to say it.