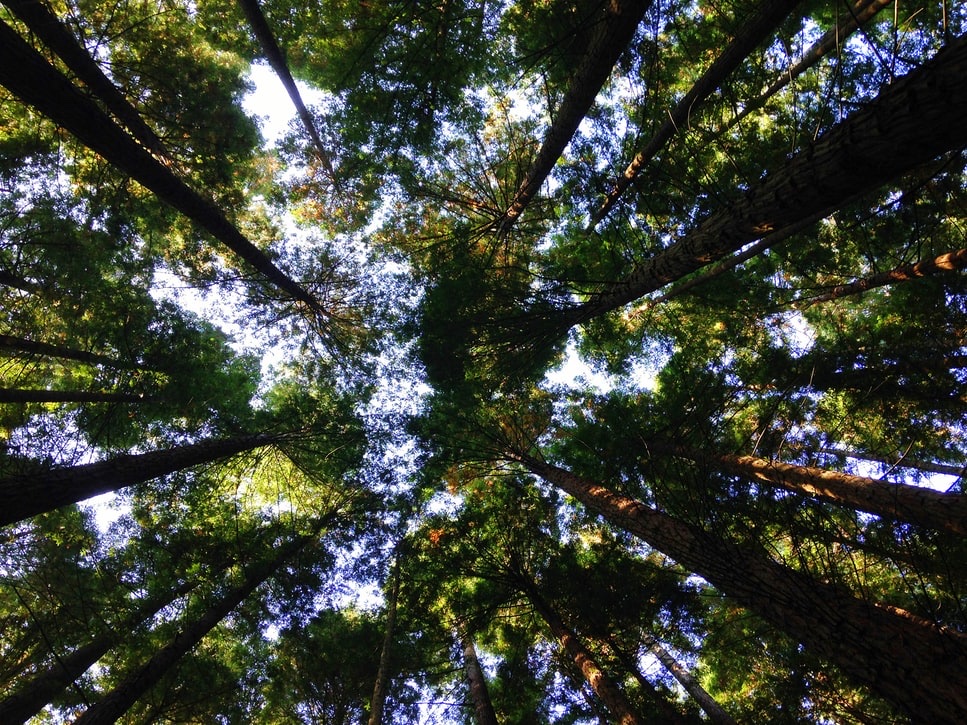 I had been plagued for weeks by a recurrent dream involving a tree, but of what species I could not tell. Its branches were long and its leaves were wide, and its trunk was smothered in patches of green moss and layers of loose bark. As I got closer to it, it reached out to me with eager tendrils as if it was somehow sentient. It knitted itself around me, lifted me up into the air and cradled me in a twisted hammock made of many parts of itself.

And then I would wake up.

I didn’t know what it meant, and for over a month I felt creatively blocked, like the answer was just out of reach. It was still close enough that I could see fragments and snippets, most of which never quite made sense. It was like watching a movie through the keyhole of a door – I was never able to see the full picture.

One evening, when I was awake in the very early hours of the morning thanks to a terrible nightmare, the whole picture did come to me. In the silence of night the tree spoke to me. All I had to do was listen.

Now I am planning a brand new specfic novel, or rather four interlinked novelettes which will mesh together to make one final story.

I have been researching ancient and unusual trees, and the more I read the more I feel inspired. The stories are shifting and shaping themselves, all I have to do is find exciting ways to bring them forwards.

For the next few days I will be on holiday. I plan to unplug as much as possible and immerse myself in non-technological experiences, preferably those which involve a copious amount of green and blue. I am hopeful I might even find the tree from my dreams, or something very like it. But if I don’t, that’s okay too. It might be something that I find much further on in the future.

This novel is a very different project to what I am usually drawn to, and I’m excited to start writing in a different way. I’ve also not put any start or end date on this, I want it to happen as organically and as fluidly as possible.

Here begins the Journey Tree. A brand new writing pathway to stories in waiting but not yet heard.